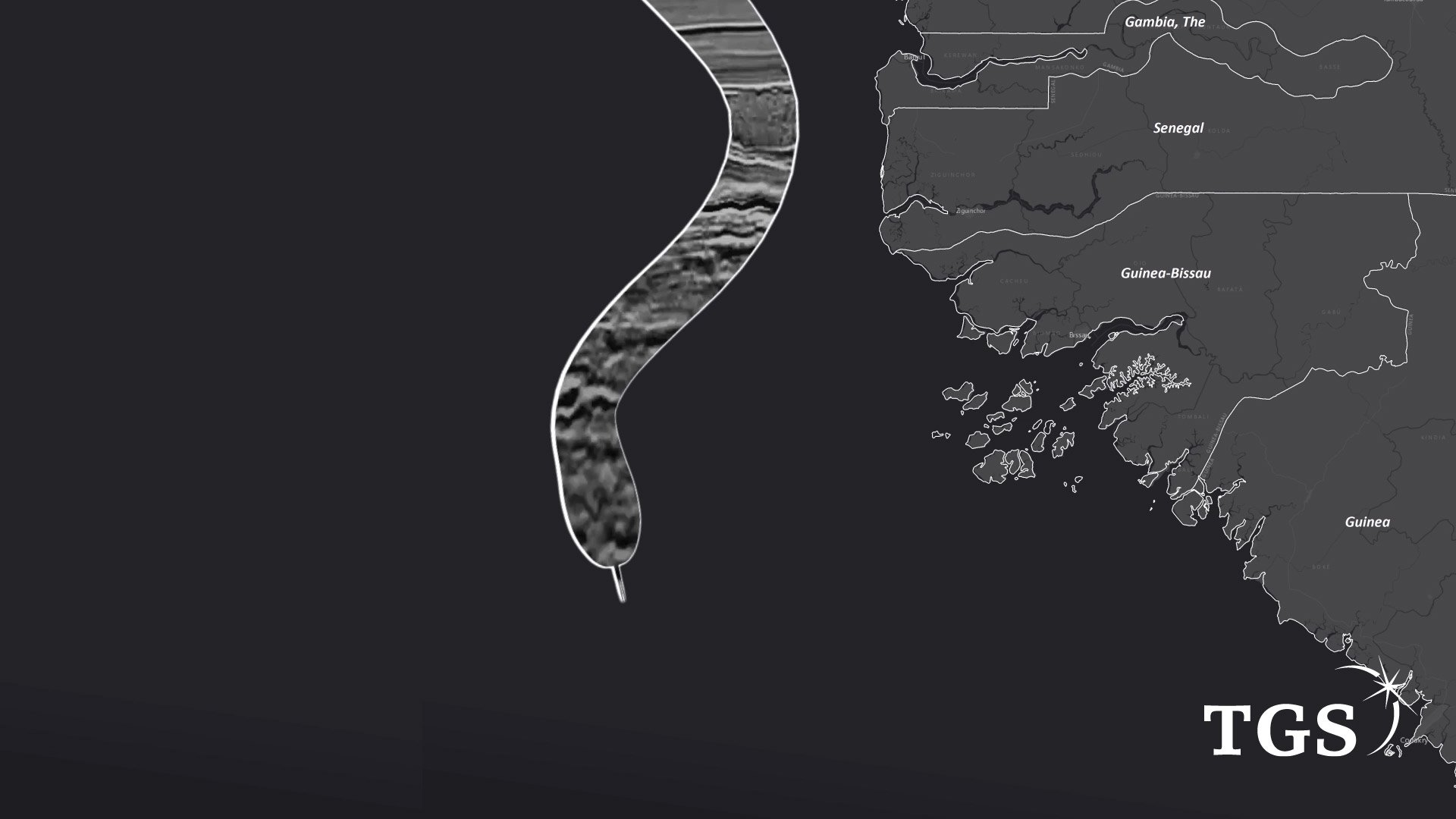 Since the Fan and Sangomar (formerly SNE) oil fields were discovered in October 2014, two-thirds of all the oil and gas discovered offshore Africa has been found in the North West Africa Basin*. This statistic alone makes it clear why understanding the key play components in this basin is so important for explorers who operate in Africa. BP-Kosmos, operator of the Tortue discovery, directly attributed the company's success in this region to the huge 3D seismic projects that gave their geologists a holistic understanding of the complete petroleum system and hydrocarbon potential.

Learning from the giant discoveries and cross-border exploration success - while acknowledging the benefit that 3D seismic brought to BP-Kosmos - TGS, in partnership with PGS and GeoPartners, created a new dataset in the region. The 28,000 km² Jaan 3D project has merged existing 3D data with new 3D acquisitions along the palaeoshelf-edge trend (PSET). The combined dataset has been processed and harmoniously merged to create a fully phased, amplitude, time and depth-migrated 3D exploration volume to unlock the next SNE-type discovery. The depth imaging workflow is based on layered tomography, which updates velocity in a top-down sequence. Geological models and interpretations are integrated into the tomography for an optimal estimate of the fine-tuned velocity models. The imaging workflow is targeting and building on amplitude recovery and the improvement of signal-to-noise ratio for stacking and depth migration algorithms. The resulting velocity model and depth imaging of the JAAN 3D demonstrates that the above-presented workflow is applicable to extensive 3D volumes.

Moreover, it was demonstrated that the workflow allows joining together areas with different geological settings and multiple imaging targets, including those with challenging carbonate and salt structures. Hence, the quality of the continuous 3D image facilitates the mapping of potential Jurassic to Early Cretaceous source rocks beneath the carbonate shelf, which has, until now, been notoriously difficult.

An important step in the exploration cycle is to confirm the presence of hydrocarbons. The future integration of geochemical data with seismic mapping is needed to develop a more comprehensive model correlating source rocks, migration and charge of hydrocarbon (Sayers and Cooke 2018). Multibeam surveys map the seafloor in an efficient way and are cost-effective. Geochemical and biochemical information derived from the core samples serve as a crucial de-risking tool which can be utilised in modern exploration. For a full overview of available TGS subsurface data in this region, including seismic, take a look at our Story Map.

Please click on the links below for further information on TGS' Jaan offerings.

Additionally, fill in the form in the top-right side of the page and a representative will be in touch with you shortly.

Jaan |ʤaːn|,  translating to "Snake" in Wolof, one of the major dialects in NW Africa, is a fully harmonized 3D multi-client project. It covers the southern portion of the MSGBC Basin from northern Senegal, through The Gambia and the AGC zone, into Guinea-Bissau down to the Guinea transform fault.

Jaan 3D brings together a number of new seismic acquisition projects - the first of which commenced towards the end of 2018 - as well as  the reprocessing and full pre-stack merging of existing multi-client 3D.

The trend and the coverage polygons appear as if they snake down the coastline, hence the name Jaan which means snake in local Wolof dialect.