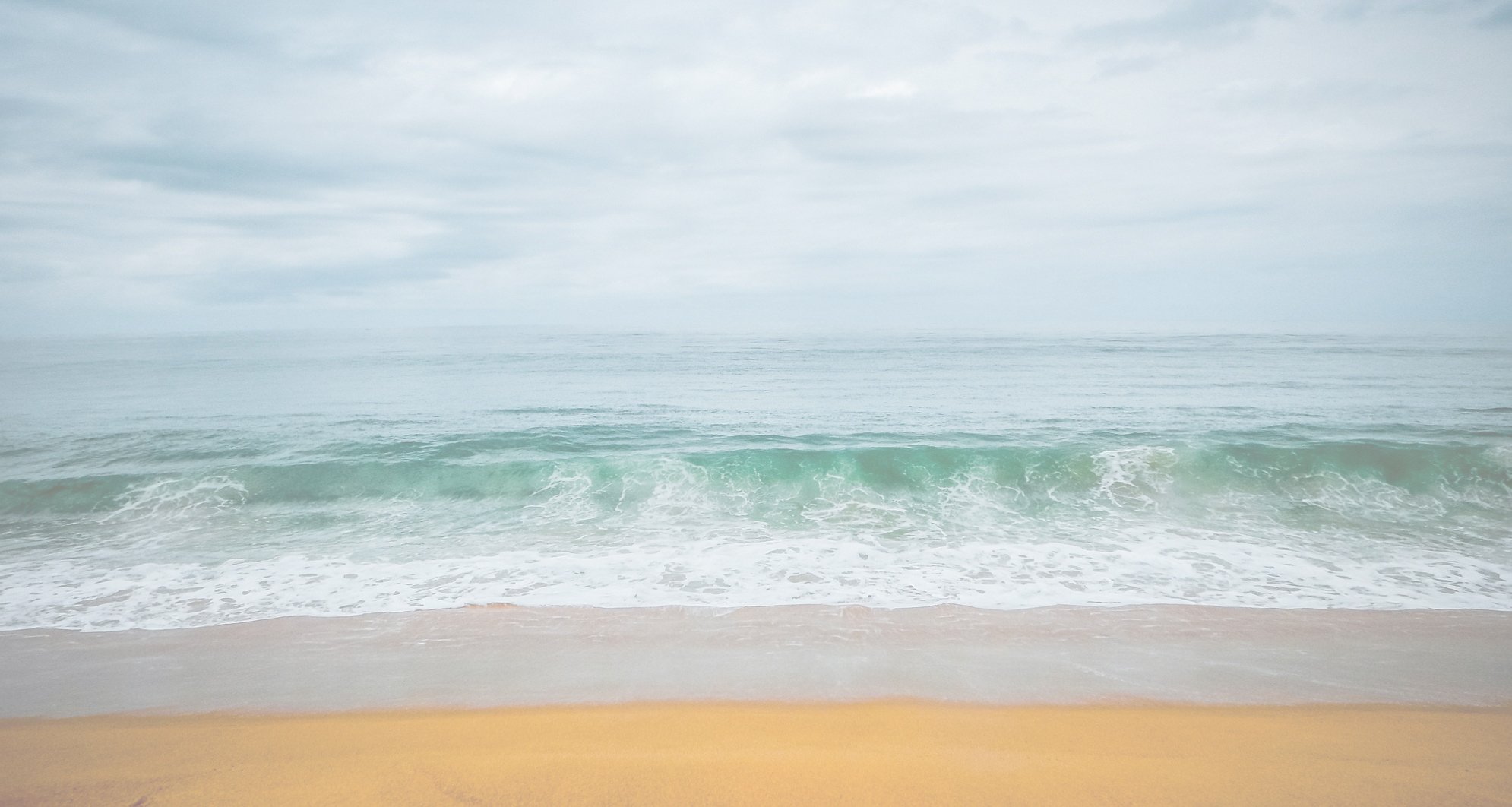 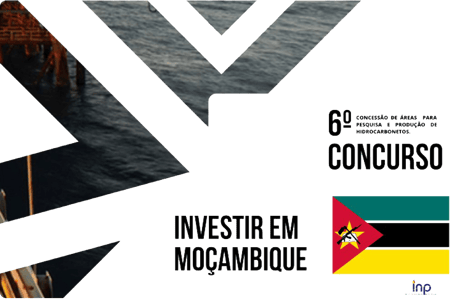 Mozambique's National Petroleum Institute (INP) announced the Sixth Licensing Round for the Concession of Hydrocarbon Exploration and Production Areas on 25th November 2021. A total of 16 new areas were defined in 4 distinct regions - the Rovuma Basin, Angoche, Zambezi Delta, and Save. The acreage on offer totals more than 92,000 km².

The round has now been extended to 11 November 2022, and results are anticipated on 30 December 2022. As announced by the INP, the licensing round launch comes just three months after the approval of the new Strategy of Concession of Areas for Exploration and Production of Hydrocarbons. This legislation is designed to ensure the continuous and systematic exploration of hydrocarbons in the Mozambique and Rovuma basins, promoting national and foreign investment and reducing the time between holding public tenders for the concession of licensing areas.

FOR ROUND DOCUMENTATION VISIT: https://www.mozambique6thround.com/ 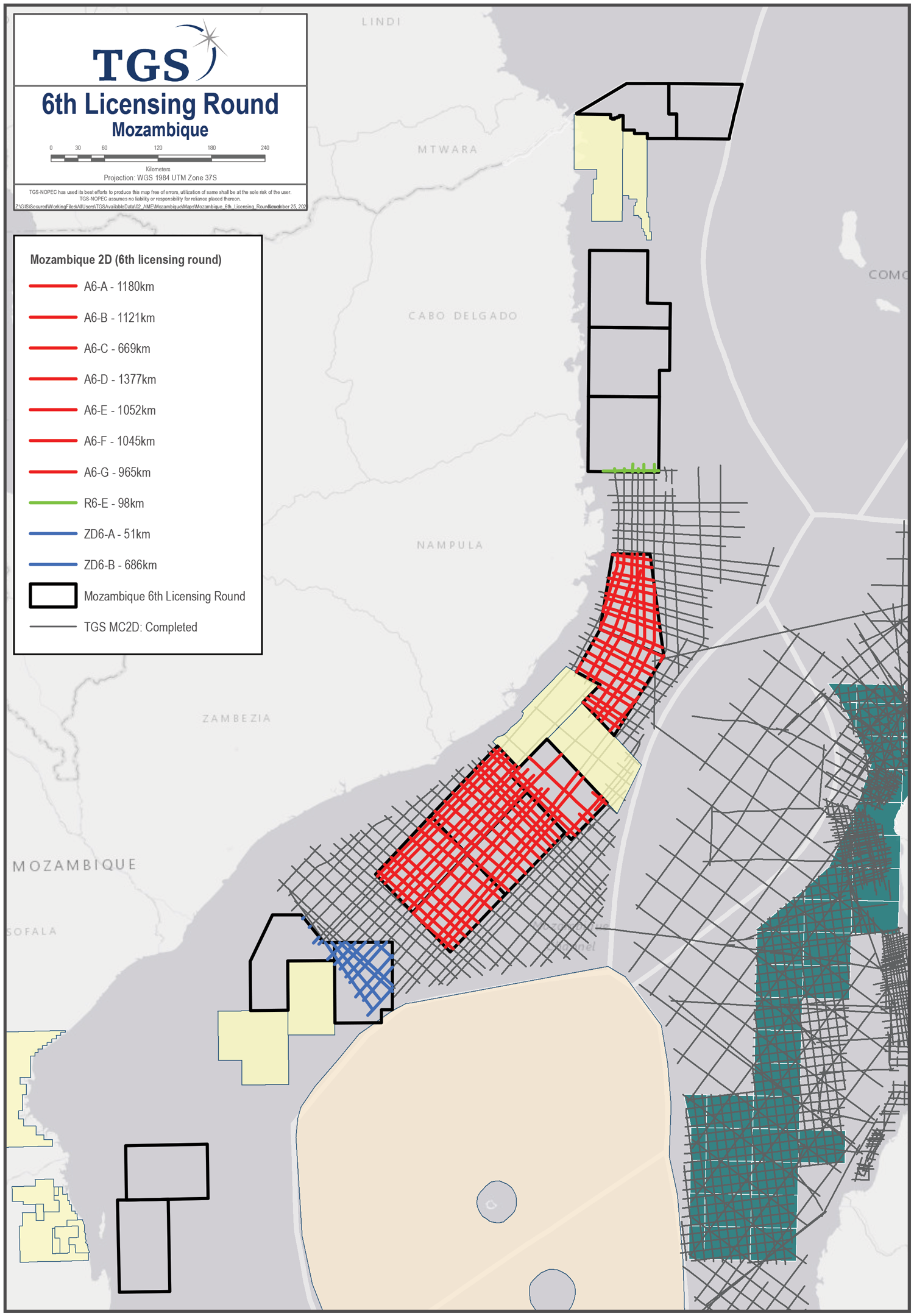 TGS seismic data coverage over the Mozambique 6th Licensing Round

TGS has available 19,772 km of long-offset Broadband 2D MultiClient seismic data offshore Mozambique. A multidisciplinary prospectivity report of the existing data is also available to allow operators to fast-track the hydrocarbon-potential assessment for the 6th Offshore Licensing Round.

This seismic dataset images the subsurface potential in open areas of the southern Rovuma Basin and the western flanks of the Kerimbas Graben, revealing the prospectivity in this region for the first time. Potential targets include Cretaceous and Tertiary structural and stratigraphic plays.

The survey also images the syn-rift structures, and Late Cretaceous pro-delta stacked mixed system sequences in the northeast Zambezi Depression. The area has much lower geothermal gradients than the northern Rovuma Basin and source rocks are shallower so that this area, rich in oil slicks, is an oil play.

The Mozambique Channel covers an area of approximately 170,000 km2, extending between the Zambezi Delta in the south and the Rovuma Basin in the north. The Jurassic rifting and the separation of the Gondwana transitioned to drift and tectonic quiescence through the Cretaceous during the opening of the Indian Ocean. The north of the Angoche Basin is dominated by Davie Ridge transform structures, with north to south orientation 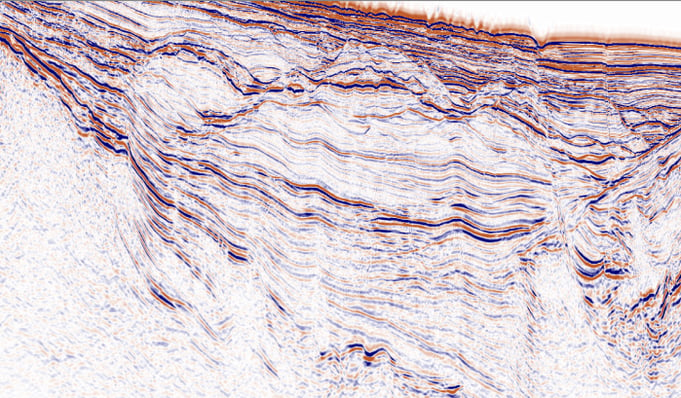 The multidisciplinary Prospectivity Report, carried out by TGS in partnership with Schlumberger, is based on new 2D seismic data acquired in 2018 and better constrains the basin's hydrocarbon prospectivity and associated geological framework. The dataset consists of 20,000km of 2D seismic over the Angoche basin in the Mozambique Channel.

The study is based on an integration of seismic interpretation combined with petroleum systems modeling and play mapping to validate the key elements for forming the basin and establishing robust petroleum systems. Petroleum system modeling indicates multiple working petroleum systems with Turonian and Eocene deepwater sands offering the highest chance of success. These results validate and strengthen the conjectures originally made using seismic imaging and comparisons with analogues.

The Basin Modelling, performed over several transects in the Angoche Basin, shows source mature source rocks to varying degrees ranging in age from Mid Jurassic to Early Cretaceous. Each identified source rock has a different distribution and maturity throughout the Angoche Basin, providing a very diversified, complex, and effective source rock system for both oil and gas.

Several plays have been identified to have a high chance of success; they are identified within the Jurassic, Cretaceous, and Tertiary, including structural, stratigraphic, and combination traps.

The Play Maps also consider the source rock expulsion timing and trap formation timing. This integration is critical for ensuring that traps are charged. ‘Low chance of success’ plays and areas should not be discounted but may require additional focused study to analyze local contributing factors. Ten plays have been mapped.

The Angoche Basin shows significant hydrocarbon potential, which has been detailed and proven by this multidisciplinary study. This will allow Operators to fast-track the de-risking of future exploration efforts.

INP Website
The National Petroleum Institute, the regulatory authority responsible for the administration and promotion of Mozambique's Petroleum Operations: